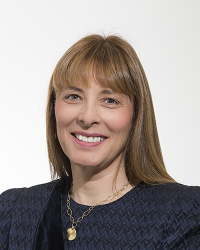 Professor Dr. Jane Dahlstrom
Executive Director of ACT Pathology,
Chair and Professor of Pathology,
ANU Medical School
Jane Dahlstrom is currently Dean of the Canberra Hospital Campus and Professor of Anatomical Pathology at the ANU Medical School. She is also the specialist in charge of the immunohistochemistry laboratory at the Canberra Hospital and the perinatal autopsy service to the region. Jane has held a number of honorary positions within RCPA since 1999 including Chair of the Board of Education and Chair of the Cancer Services Advisory Committee. Jane is a RCPA supervisor for trainees in Anatomical Pathology. She is an examiner for RCPA in Anatomical Pathology, Basic Pathological Sciences and Oral Pathology. She is the chief pathology examiner for the Royal Australasian College of Dental Surgeons and a viva examiner for the Royal Australian and New Zealand College of Radiologists (FRANZCR). Jane has published over 100 peer reviewed original research articles, reviews, editorials, and book chapters and is on the editorial board of the journals Pathology, Virchow Archiv and Human Pathology. Her research basis is both clinical and experimental including areas of breast pathology, developmental pathology and immunohistochemistry. She is the current chair of the structured reporting protocols for Head and Neck and Endocrine Pathology. These protocols form part of the international collaborate on cancer reporting that is providing templates for cancer reporting in the next edition of the WHO ‘blue” books 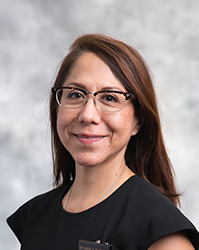 Dr Angela Takano
Senior Consultant,Department of Anatomic Pathology
Singapore General Hospital
Adj-Ass Professor, Duke-NUS Medical School​​
Angela Takano is a Senior Consultant in the Department of Anatomic Pathology, Division of Pathology of Singapore General Hospital and Adj-Ass Professor of Duke-NUS Medical School.  She completed her post graduate training in pathology at the New England Deaconess Hospital, Harvard Medical School in Boston; followed by fellowships in surgical pathology, cytopathology at Harford Hospital in Connecticut and oncologic pathology at Memorial Sloan Kettering Cancer Center in New York in 1997. She came to Singapore, to the National University Hospital and was later Medical Director of Quest Labs Pte. Ltd, before joining SGH Department of Pathology.  Her main interests are thoracic pathology and cytopathology and she is a member of the Lung Cancer Consortium of Singapore and collaborates actively with oncologists, pulmonologists, radiologists and radiation oncologists lung cancer research, as well as research in non-neoplastic diseases of the lung.  She is a contributing author to the 2015 WHO Classification of Tumors of the Lung, Pleura, Thymus and Heart and to the 2017 Clinical Handbook of Interstitial Lung Disease.

Dr Lau Kah Weng
Consultant, Department of Pathology
National University Hospital
Kah Weng completed his undergraduate medical training at National University of Singapore (NUS), with an intercalated doctorate from University of Oxford. For his PhD study, he worked under Professor Peter Ratcliffe, studying pathways regulated by the von-Hippel Lindau tumour suppressor protein (pVHL) and hypoxia inducible factor (HIF). He subsequently went on to pursue his specialist training in histopathology at Singapore General Hospital (SGH), and obtained his fellowships from the Royal College of Pathologists (UK) and Royal College of Pathologists of Australasia. His subspecialty of interest is lung pathology. He is currently a research clinician with the Chromatin Dynamics & Disease Epigenetics Laboratory at Institute of Molecular and Cell Biology (IMCB), Agency for Science, Technology and Research (A*STAR), looking at epigenetics in lung tumours. He is also a consultant with the Department of Pathology, National University Hospital (NUH) and adjunct lecturer with the Department of Pathology, Yong Loo Lin School of Medicine, NUS