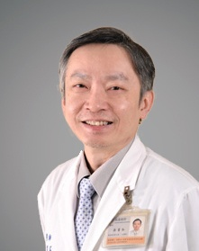 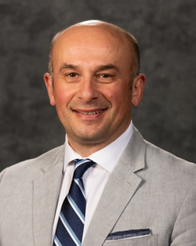 Dr. Kiril Trpkov is a Professor of Pathology at the University of Calgary, Alberta, Canada. He is a Genitourinary Pathology Group Leader at the Department of Pathology and Laboratory Medicine, Cuming School of Medicine, University of Calgary and a consultant for the Southern Alberta Institute of Urology and the Tom Baker Cancer Center in Calgary, Canada. He obtained his MD degree, his graduate and postgraduate training in Anatomic Pathology at the University Kiril and Metodi, School of Medicine,Skopje, Macedonia (former Yugoslavia) and at the University of Alberta, Edmonton, Canada. He is a Fellow of the Royal College of Physicians and Surgeons of Canada (Anatomical Pathology) and he is certified with the American Board of Pathology.
Dr. Trpkov has established the Anatomical Pathology Laboratory at the Rockyview General Hospital in Calgary, Alberta as one of the largest centralized uropathology centres in Canada and North America. He has published over 150 peer-reviewed articles, numerous book chapters, and other scholarly contributions. Dr. Trpkov has given lectures, courses, slide seminars,and workshops in uropathology on all continents. He has previously presented twice at the IAP Malaysia meetings (2012 and 2015).  Dr. Trpkov has been actively involved with the United States and Canadian Academy of Pathology (USCAP) in various roles.He is currently a member of the USCAP Nominating and Publications Committees, and he is a USCAP Ambassador. He was a convener of the GU pathology program for the International Academy of Pathology (IAP) 2014 Congress in Bangkok, Thailand and the IAP 2018 Congress in Amman, Jordan. He was a member of the expert working group for the ISUP Consensus Conferences on kidney tumors (2012) and best practices in immunohistochemistry (2014). He was involved with several national and international organizations, expert panels and committees, including the WHO, in establishing guidelines and practice standards in uropathology. Most recently, he led an international genitourinary pathology expert group, assembled by the Genitourinary Pathology Society (GUPS) to provide an update on novel and emerging renal entities, as well as on existing renal entities. He was a founding member of the GUPS, established in 2018, as an international subspecialty organization that aims to advance the care of patients with urologic diseases by encouraging best practice, research, and education in urologic pathology. In 2019, he was elected as the first President of the GUPS. GUPS currently has close to 600 members from over 50 countries.
​ 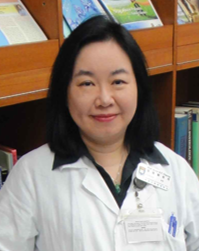 Prof. Dr. Annie Cheung
MBBS (HK), MD (HK), FRCPath, FHKAM (Pathology) ​​
Professor Annie NY Cheung is Laurence L T Hou Professorship in Anatomical Molecular Pathology and Clinical Professor, The University of Hong Kong. She is Director of the HKU Cervical Cytology Laboratory and the University Pathology Laboratory (Molecular Pathology); Laboratory Director, CAP Laboratory Accreditation Program, Hospital Pathology Service Laboratory, Queen Mary Hospital as well as the Chief of Service of Pathology, HKU-Shenzhen Hospital.
Professor Cheung is active in international, regional and local organization and professional bodies. She is currently Commissioner, Lancet Commission on Diagnostics and Director, International Collaboration on Cancer Reporting (ICCR) Board of Directors, as well as Advisor to Executive Board, Asian Oceania Research on Genital Infections and Neoplasia and Subcommittee on Gynaecological Pathology, Chinese Society of Pathology, China Medical Association. She has also been Standing Member, Editorial Board of 5th Edition WHO Classification of Tumours, President of The Hong Kong College of Pathologists and Hong Kong Society of Colposcopy and Cervical Pathology as well as Council Member of the International Federation for Cervical Pathology and Colposcopy and International Society of Gynaecological Pathologists.
Professor Cheung’s research focuses on tumours of female genital tract aiming at investigating diagnostic and prognostic markers as well as molecular targets for better therapy of cancers of ovary, endometrium and cervix as well as gestational trophoblastic disease.
Professor Cheung has produced more than 300 publications including book chapters, review and original research articles in peer reviewed journals, such as PNAS and Lancet. Professor Cheung has received competitive research funding from overseas and local organisations as well as awards on education and research including the HKU University Teaching Fellow (Outstanding Teaching Award) and the Outstanding Research Student Supervisor Award as well as the Croucher Senior Medical Research Fellowship. Her research students have received scholars in training awards from American Association for Cancer Research. 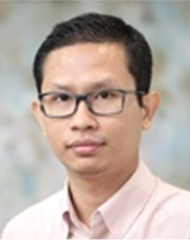 Dr Ikmal Hisyam Bakrin is a Consultant Histopathologist and Medical Lecturer at the Department of Pathology Faculty of Medicine and Health Sciences, Universiti Putra Malaysia with special interest in Dermatopathology.He graduated from Universiti Kebangsaan Malaysia with an M.D in 2005 and subsequently obtained his Master of Pathology from Universiti Sains Malaysia in 2014. He was a Visiting Fellow in the Department of Dermatopathology, St John’s Institute of Dermatology, St Thomas’ Hospital, London UK, from July 2018 till January 2019.
He is one of the expert persons for skin pathology in Malaysia and actively involved in Dermatopathology clinicopathological conferences (CPCs), seminars and workshops. Apart from that, he is also a referred person for skin referral cases from all over Malaysia.His research is mainly on prostate cancer working on gene expression profiling and mutation screening study. Currently, he is part of an atopic dermatitis research group looking into potential therapeutic medication.
​ 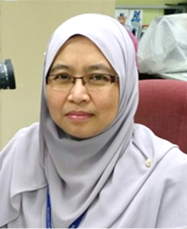 Dr. Rosna binti Yunus graduated with Medical Degree from Universiti Sains Malaysia in 1991 and completed Master in Pathology (MPATH) from National University of Malaysia in year 2002. Special interest in urological Pathology with abroad training in Tisupath Melbourne and Uropath Perth Australia  in 2008/2009.
Currently she is the Consultant Pathologist in Pathology Department, Hospital Kuala Lumpur and provides consultation for Ministry Of Health in the field of Uropathology. Involved in research projects collaboration with Urologist, Universities, as well as supervised students at postgraduate levels.
​ 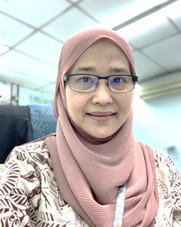